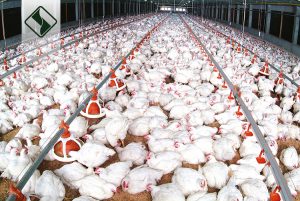 With the implementation of the national plan for the production of large broiler chickens, the consumption of livestock institutions will be saved.
The Deputy Minister of Livestock Production of the Ministry of Jihad for Agriculture stated in the meeting of the “National Broiler Breeding Program (Size Chicken)”: “Different meetings have been held for this national plan, but there must be a demand from the consumer for this national plan to be implemented.”
He added: “It is still easier to buy heavier chickens in the society and the price of heavy carcasses is more than 1700 g carcasses, so the demand pressure affects the plan and the main pillar is that we should move on to a healthier chicken consumption pattern to People should be comfortable that this type of chicken is more suitable for both the household economy and health.

Rezaei pointed out the need to use media tools to change the pattern of consumption of broiler chicken: it should be advertised through the media for the consumer to know that it is in the best interest of society to produce and consume this type of chicken.
He added: “Related agencies such as market regulation and the Ministry of Industry, Mines and Trade should cooperate with the Ministry of Jihad Agriculture in this work.”

The Deputy Minister of Livestock Production of the Ministry of Jihad for Agriculture emphasized: If the price of chicken increases, the tendency of poultry farmers will increase in weight, so there must be a preferential rate for chicken size, otherwise this plan will not have an executive guarantee.

Regarding the reduction of consumption of livestock inputs in the implementation of the national plan for the production of large broiler chickens, he said: “The implementation of this plan will save the consumption of livestock institutions, so a set of devices should be included in this plan and an independent monitoring working group should be active.” To cleverly observe issues and resolve issues.

Referring to the role of organizations in the implementation of this plan, Rezaei stated: Organizations will play a very important role in the implementation of this plan and must cooperate with the public sector in this plan.
The Deputy Minister of Livestock Production of the Ministry of Jihad for Agriculture stated: “We must use deterrent plans to keep chickens in poultry farms for more than 38 days. It is also necessary to use advertising billboards and content production to change the consumption pattern of chickens.”

Save a billion doses of vaccine by producing poultry
Continuing the meeting, Ali Safar Maknali, head of the country’s veterinary organization, said: “If we have a broiler age management program, we can emphasize its economic and health benefits (environmental, poultry and human).”
He added: “By managing broiler age from 42 days to 38 days, 1.2 billion birds that produce 2.4 million tons of chicken meat, their environmental risks are reduced by 10.5 percent and the 9 billion doses of vaccine used for this 2.4 million tons of chicken meat.” One billion doses could be saved.
Maknali continued: in terms of chicken meat quality, we will have healthier meat; Chickens at 5 and 6 weeks, because they are larger, need more oxygen and are more likely to get lung disease during this period.

The head of the country’s veterinary organization emphasized: with the production of poultry, the use of antibiotics will be reduced to 300 tons.
“All over the world, the effectiveness of a program depends on changing people’s attitudes, and if we can prove to the producer that this method reduces production costs and prove to the consumer that this type of chicken is healthier, we can make this project a success,” he said. I hope so.
“Currently, in 41 slaughterhouses that produce A + and A grade chickens, chickens less than 38 days old are bought and slaughtered,” Maknali said.