Arunaghi said: “Currently, 3,293,000 tons of basic goods have been stored in the country’s ports and customs.” 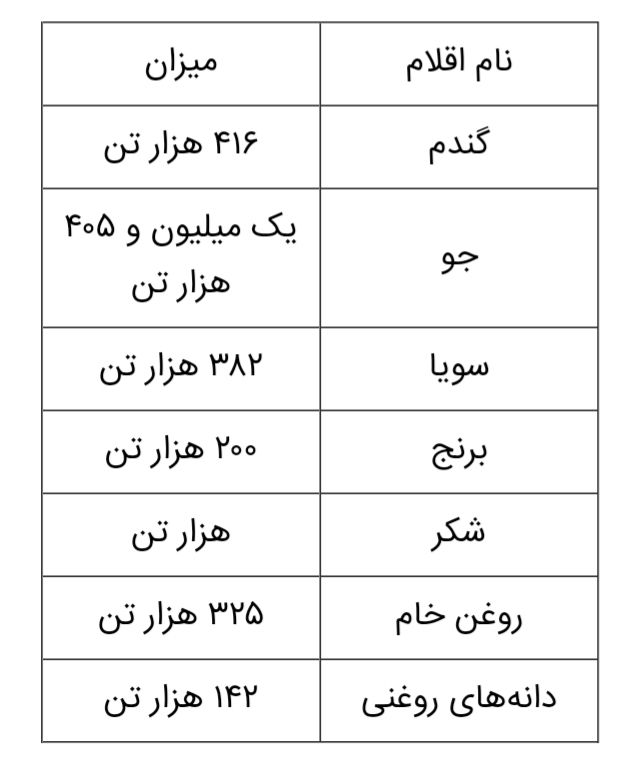 Jamal Arvanghi further stated: There are about 24,000 containers in the country’s customs, the main product of which is 200,000 tons of rice. Rice containers are available for clearance pending currency allocation as well as completion of customs formalities.

Referring to the ban on the export of Corona items and supplies, the official said: “Exports of the main Corona items are prohibited until further notice, according to the order of the National Anti-Corona Headquarters.” Regarding the relevant prohibitions, the opinion of relevant and competent authorities such as the Ministry of Health and the Ministry of Industry, Mines and Trade for the procedure of export of some items related to the corona is taken into account.

Arunqi in response to the question of when the task of temporary entry vehicles for which a 10-day deadline has been set, will be determined? He stated: These cars have been imported by Iranian and foreign nationals with customs laws for a certain period of time; Unfortunately, due to the fact that the corona had led to the closure of the borders, these people faced problems, and the majority of the owners of goods went to the country’s customs to determine the duty and temporarily extend the traffic deadline, but some people even went to determine the task. The imported cars did not go to the customs either.

In the end, Arvanghi said about the Iranian customs ‘treatment of the declarants’ violations: “The violation is defined in terms of the law on customs affairs and usually involves the government’s financial losses.” If there is a difference in tariffs in terms of source or a difference in value in terms of under-declaration of value, which guarantees financial loss to the government, it is subject to customs violations, and in this case, a fine will be imposed by customs officials for this declaration.